Dear Golf Volunteers:
A very Happy New Year 2018 from me and Celina.   Many of you asked last year to be in the know about our volunteer engagements, so that you could eventually join us and help grow the 'Transportation Family' across the country.

Let me start with a quick recap of 2017, where we spent 60+ days volunteering in multiple tournaments.

We started off 2017 with the CareerBuilder Challenge in La Quinta, CA in January. It's always great to be in the desert in January, when parts of Canada and the U.S. are in deep freeze. 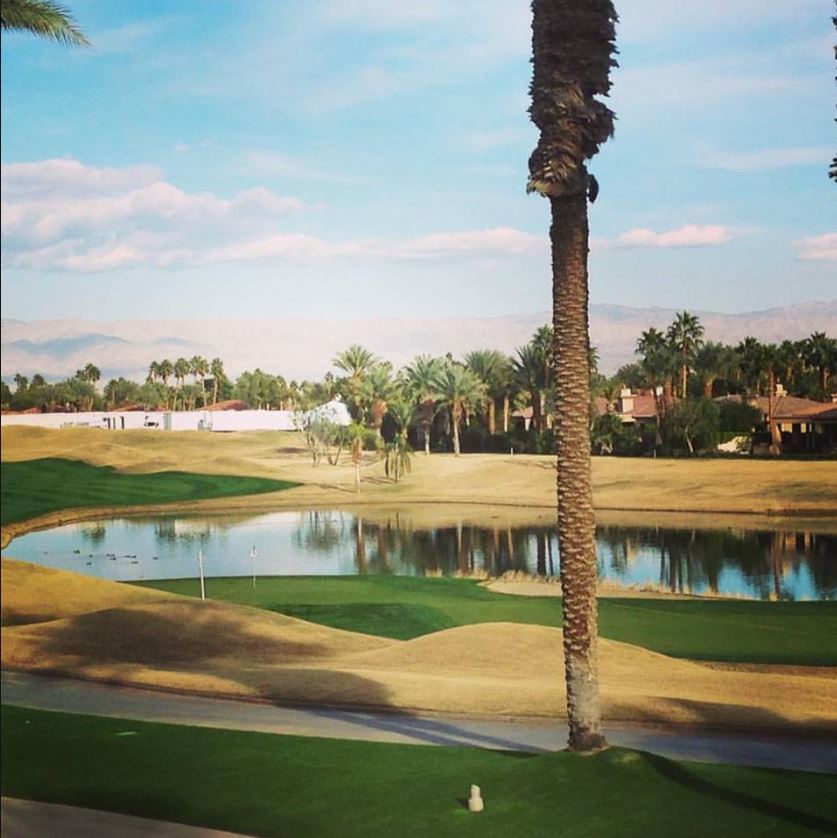 February brought plenty of rain into Southern California and threw quite some challenges with Genesis Open rides during tournament Friday, Saturday and Sunday, but the tournament ended on time before sunset on Sunday and we could take care of all the players. 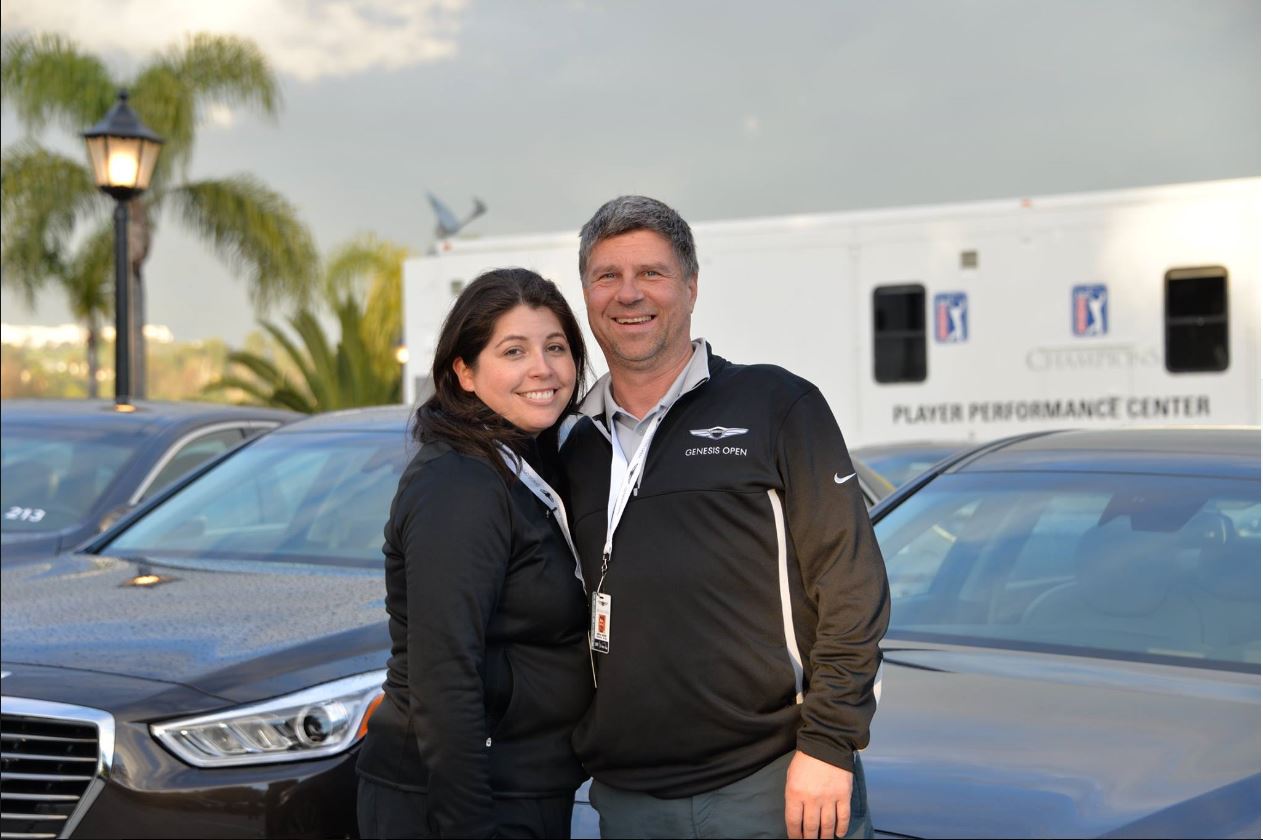 We then had a break and only helped for 2 days with the Walker Cup at L.A. Country Club in early August.

Then it hit us - a super busy fall. It started off with THE NORTHERN TRUST on Long Island (NY) and close to 400 rides throughout the tournament.  By far the busiest tournament (with 'only' 125 players), especially with La Guardia and JFK as main airports and plenty of flights either arriving too early or way too late. In the end, all worked out nicely and we added some great volunteers to the 'family'. 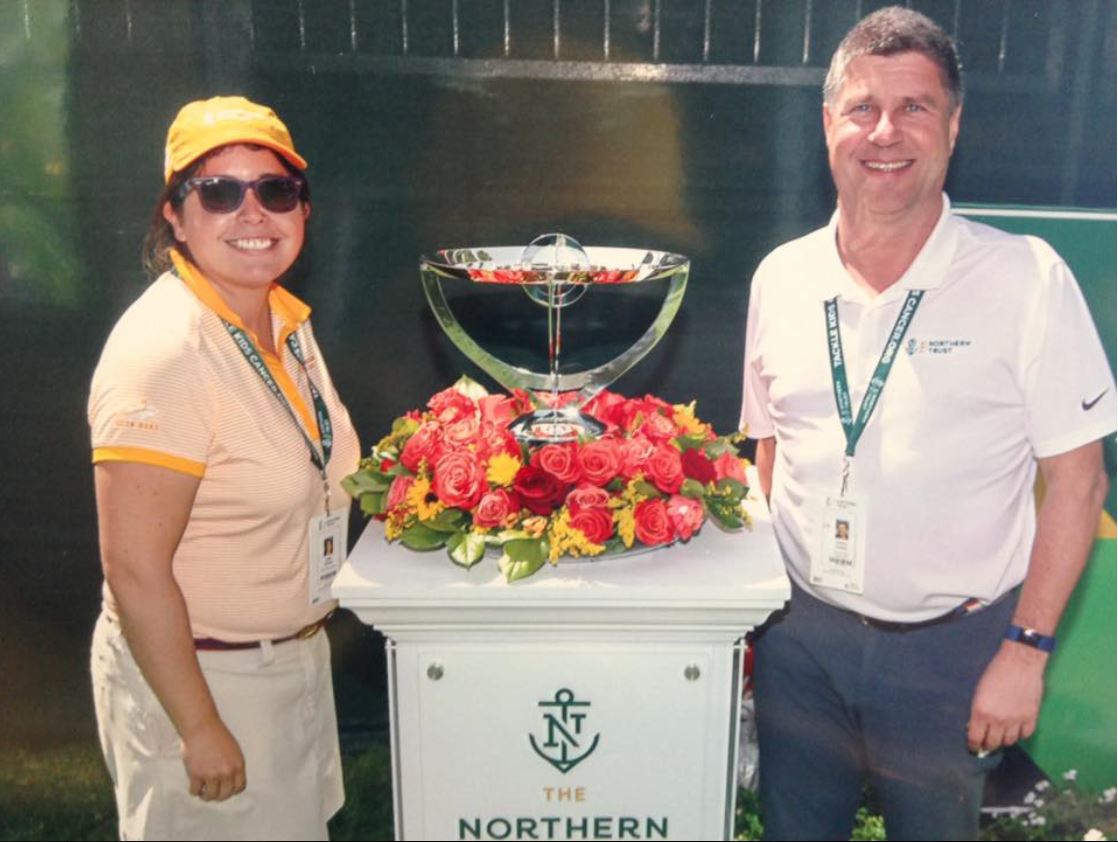 A very special engagement happened in September. I was asked to chair transportation for the 2017 Presidents Cup at Liberty National GC in Jersey City, NJ. That was a new experience, as the possible workload for our committee was very unknown. With only 2 dozen players and them being transported between Manhattan and the course on the ferry or a team bus, but 150+ TOUR staff and guest coming to the tournament, we still had close to 200 rides throughout the week. Seeing the transportation committee coming together with some folks from Long Island, Jersey and the West Coast and a couple of great contributions to our 'office fridge' (thank you Tom and Frank), we certainly had fun and a great time. Frank: Thank you also for this great picture!! 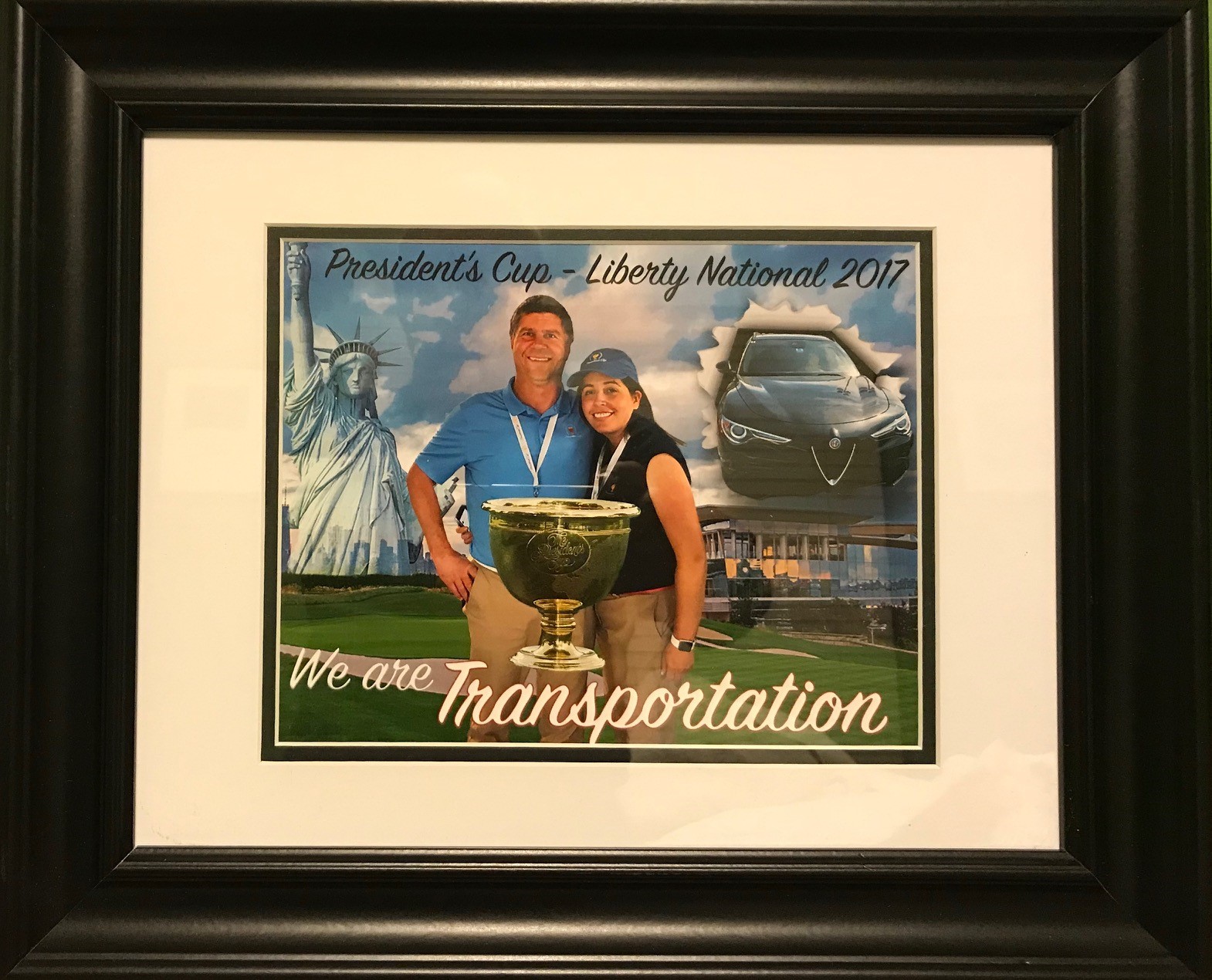 October brought the PowerShares QQQ at Sherwood Country Club. We were there the 2nd year in a row, this time with a slightly smaller field than last year, due to the schedule change for the playoffs on the PGA TOUR Champions. Players, their families and other guests, that we drove (especially between the airports and the course) were as thankful and happy as in the year prior. Going into a playoff with Bernhard Langer winning (again), was quite special. 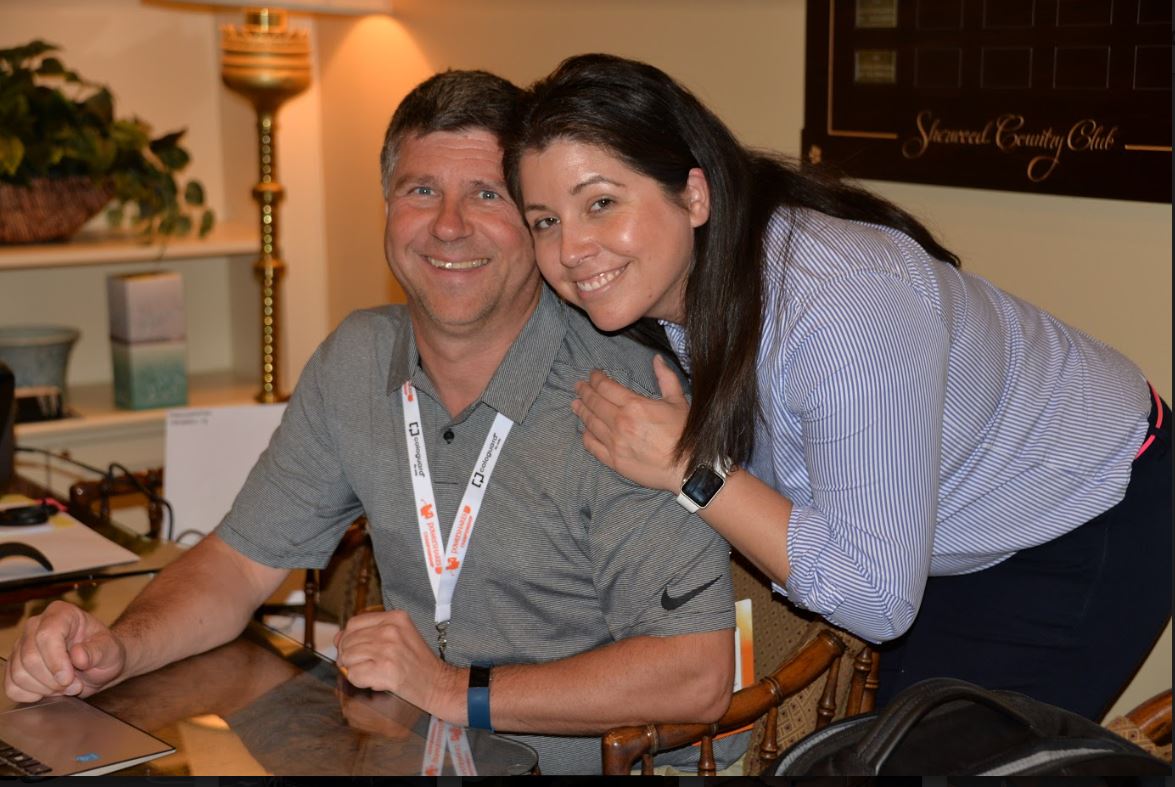 Our golf volunteer year ended with the Charles Schwab Cup at Phoenix Country Club. During the volunteer appreciation party, I received the 2016 Tournament Volunteer of the Year Award, which was quite a surprise and honor. Having volunteers on the team, that either returned from the previous years in Scottsdale, flew in from Texas and California or just joined us this year, was so much fun again. We accomplished a lot of rides and many of you stayed extra hours, when we had late pickups at the beginning of the week as well as early airport runs at the end of the tournament. 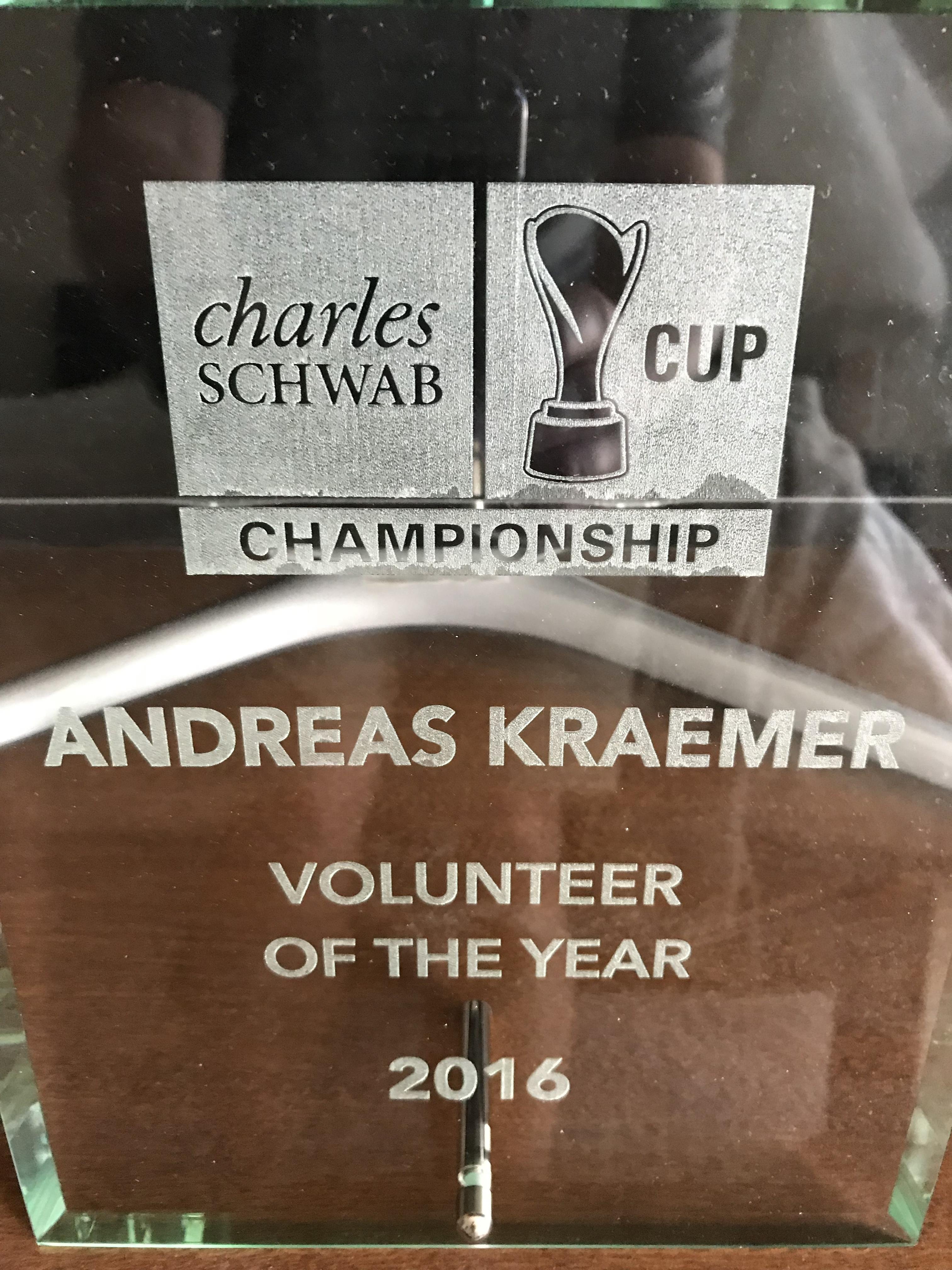 It is great to see you all being so dedicated and I am happy to be able to rely on many of you provide excellent services to our guests.


For 2018, Celina and I are committed to the following tournaments and hope, that we will see as many of you (plus new folks) as possible:

For the months not yet filled, we may just travel somewhere to play golf ourselves or actually watch some golf in-person and catch up with friends (in the volunteer 'family' and on the TOUR (including staff) across the country.

Again, a VERY HAPPY NEW YEAR from us and see you in 2018!
- Andreas and Celina 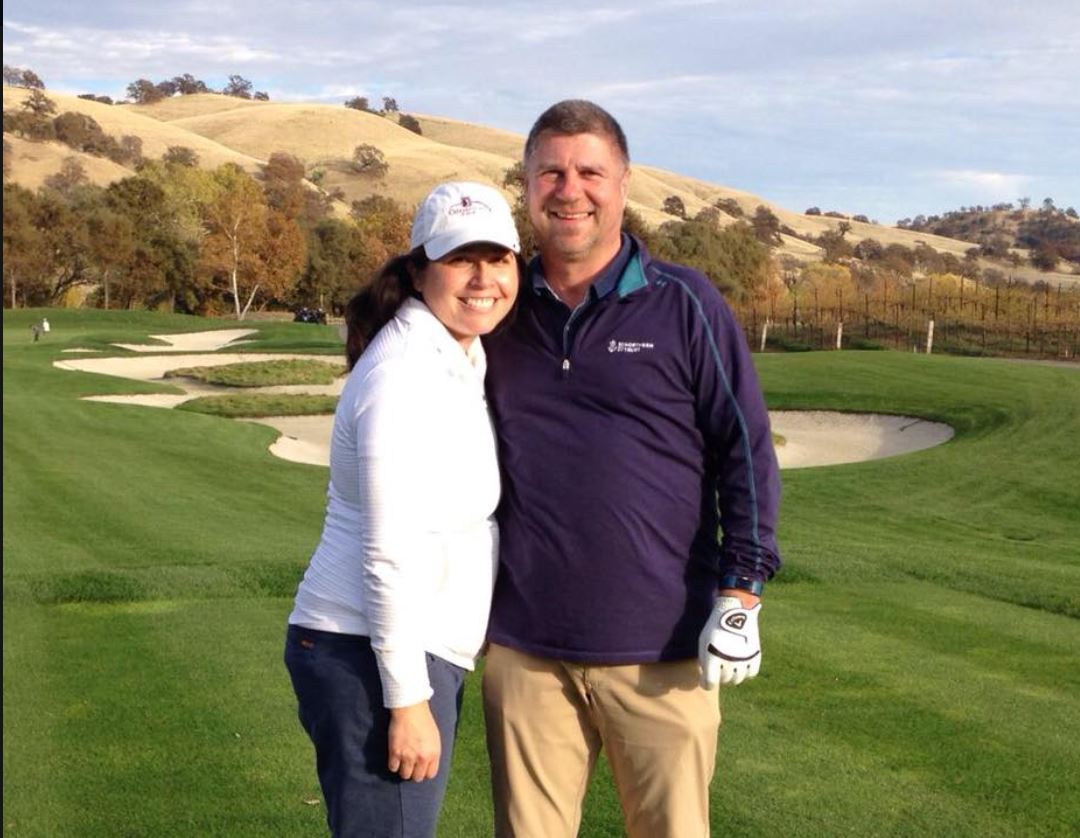